John Taylor Gatto died last week, age 82. Outside of my longtime colleague Brent Cameron, no one has influenced my educational career as much as John, and his placement in my life is conjoined to the moment I meant John and Brent, simultaneously, at an seminar Brent had arranged at Magee High School in 1992. 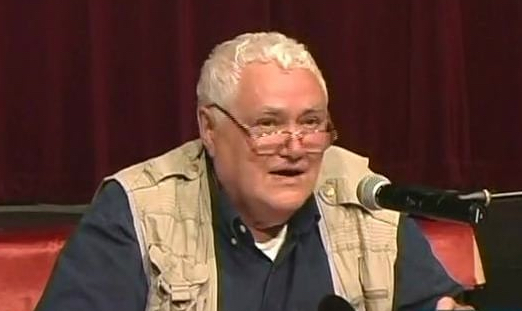 I had just quit my conventional teaching job in frustration – I just wasn’t willing to do that anymore – and was intrigued by a radio teaser about an evening seminar featuring a provocative educator from New York calling for “the end of the compulsory schooling nightmare.”

I was hooked and spent the evening, from 7 – past midnight – listening to JTG talk, and talk, and talk. And the more he talked about the shortcomings of conventional schooling, the more the tumblers clicked for me.

Not so long after that night, Brent and I were conspiring to launch our own ‘radical’ education program for teens, ‘Virtual High‘, in Vancouver, and we talked JTG into coming and staying with us for a week. We did a lot of talking that week, and I did more listening to his stories of monkey-wrenching the schools he worked at in New York City, and his own radical steps to deepen his adolescent students’ engagement in learning, like sending them all over the city to observe and better understand the metropolis they called home. Talk about ‘place-based learning’! Evidently, the more the bureaucrats tried to clamp down on him, the more radical he got.

John returned to Virtual High the following year, too, for more of the same (he loved our program), but I didn’t see him in person again. I continued to follow him though, especially through his remarkable books on education like ‘Dumbing Us Down‘ and ‘The Underground History of American Education‘, which I practically wore out reading.

While he has been called ‘hyperbolic’, I don’t believe JTG ever wrote a dishonest sentence. And I know that the sources of his information were primary, and impeccable. He was an educational scholar who relished lowering himself into a chair in the New York City public library and authentically investigating his leads and intuitions until he was satisfied he’d sniffed out the truth, and that was usually something that had been overlooked or willfully ignored by vested interests.

In his writing he was courageous and determined to hold up a mirror to bureaucratic educational systems that hold children back from truly learning about the world and stepping into their own genius. Marrying this scholarship to his own teaching experiences helped forge his identity as one of the finest educational scholars and authors of his time.

Thank you John, you enriched my life, and that of many, many others. Consider a beer hoisted in your honour, and a patch of garlic planted.

For more information on the life of John Taylor Gatto, just Google him. Then read his books, watch some videos of him or interviews, and consider what he’s saying very carefully! 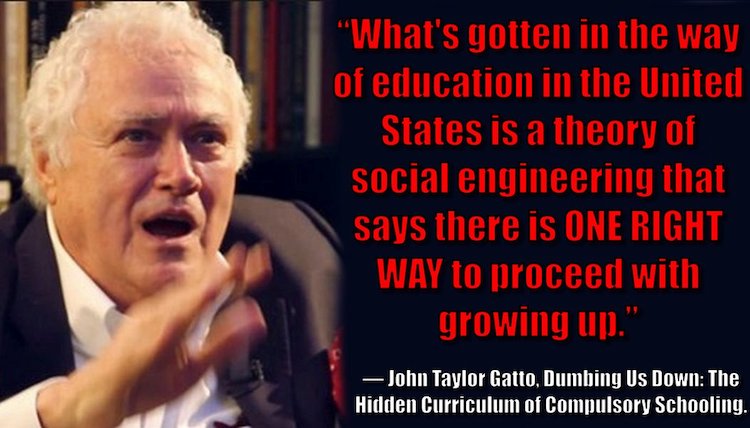